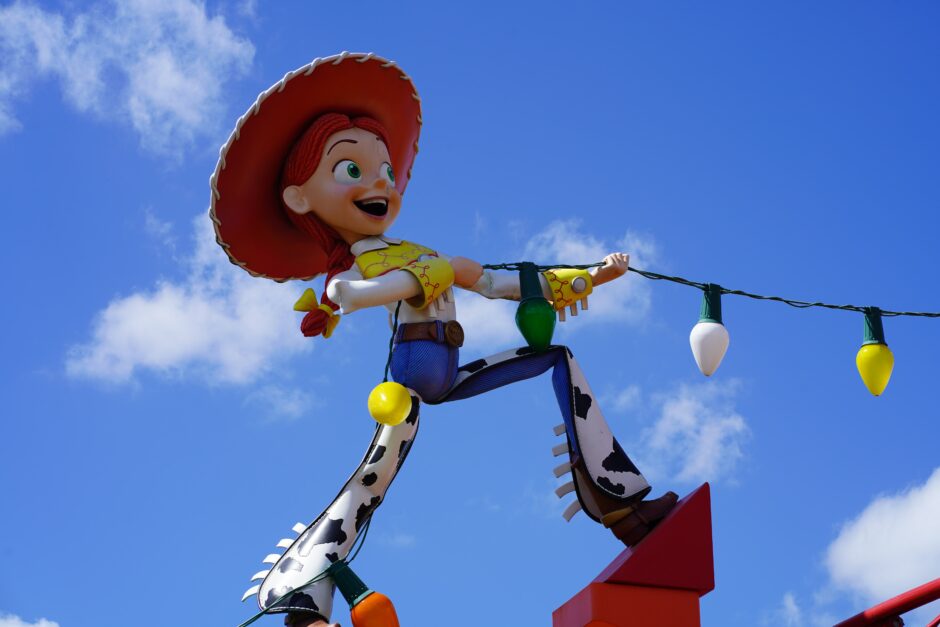 If you’re a fan of the Toy Story franchise, you might be looking for the best Jessie Toy Story quotes to make you smile. Read ahead for my top picks!

The Toy Story movies have been taking the world by storm since 1995. And you’ve got to admit – we all fell in love with Woody and Buzz when they successfully made it back to Andy’s car in the first movie.

But there was a standout character that came onto the scene in the sequel – Jessie!

Along with her sidekick Bullseye, she added a rootin’ tootin’ feel to the franchise that Pixar fans adored.

So, if you’re looking to relive some of Jessie’s best moments, these incredible quotes are bound to make you laugh and cry.

Seriously, don’t even talk to me about the scene with Emily and Sarah McLachlan’s “When Somebody Loved Me”.

2. “Big deal! [shoots a plunger onto a cardboard display of Woody] Let him go! I’m sure his precious Andy is dying to play with a one-armed cowboy doll.”

3. “That critter needs help!” [Yodels, jumps onto the small car track, and lands on the door handle to Andy’s room, opening it to let Buster out]

4. “I’d like to join your posse girls but first I’m gonna sing a little song.”

9. [Buzz is back to Normal and no longer Speaking Spanish] Buzz Lightyear: That wasn’t me, was it?

Buzz Lightyear: [confused] Uh, yes, yes I am. Where did I go?

10. “Well, aren’t you just the sweetest space toy I ever did meet!”

13. “Hogtie the mailman! We gotta get you home before Andy leaves tomorrow!”

Woody: Well, if the boot fits.

Jessie: Of course, I will… Besides, I know about Buzz’s Spanish Mode.

Buzz Lightyear: My what?

Jessie: [snappily] In the BOX. We GET it.

Buzz Lightyear: Yes. No! I mean, w-w-why-why would I mind squee-squeezing next to you? – Is it hot in here?

Jessie: Just go with it, Buzz. [Jessie and Buzz tango to a Spanish rendition of “You’ve Got a Friend in Me” as the other toys watch]

19. Jessie: Whoa! It’s raining cats and dogs out there! I hope they make it back all right.

20. “You never forget kids like Emily, or Andy, but they forget you.”

21. Jessie: [after successfully making it off the Plane heading to Japan] We did it. That was definitely Woody’s finest hour!

22. [in the cargo hold of the plane to go to Japan, Woody finds Jessie rolled up in a corner of the green case]

Woody: [deep voice] Excuse me, ma’am, but I believe you’re on the wrong flight.

Woody: Come on Jessie. It’s time to take you home.

Woody: Oh sure, Andy will love you. Besides, he’s got a Little Sister.

Jessie: He does? Why didn’t you say so?

24. “I should have seen this coming! It’s Emily all over again!”

25. “This isn’t a family! It’s a prison! You’re a liar and a bully and I’d rather rot in this dumpster than join any family of yours!”

26. Woody: Look Jessie, I know you hate me for leaving, but I have to go back. I’m still Andy’s toy. Well, if you knew him, you’d understand. See, Andy’s…

Jessie: Let me guess. Andy’s a real special kid, and to him, you’re his buddy, his best friend, and when Andy plays with you it’s like… even though you’re not moving, you feel like you’re alive, because that’s how he sees you.

Woody: How did you know that?

Jessie: Because Emily was just the same. She was my whole world.

Woody: What’s the matter? What’s wrong with her?

Stinky Pete the Prospector: Well, we’ve been waiting in storage for a long time waiting for you.

Stinky Pete the Prospector: The museum’s only interested in the collection if you’re in it, Woody. Without you, we go back into storage. It’s that simple.

Jessie: [Frustrated] It’s not fair! How can you do this to us?

Quotes About Jessie From Toy Story

28. “I wanted to say you’re a bright young woman with a beautiful yarn full of hair. Hair full of yarn. It’s uh … oh … I must go.” – Buzz Lightyear

30. Spare me your lies, temptress! Your emperor’s defeated, and I’m immune to your bewitching good looks. – Buzz Lightyear

They have a sibling-like bond, but Jessie isn’t technically Woody’s sister.

They certainly argue and resolve disagreements like typical siblings though!

Who played Jessie in Toy Story?

Are Jessie and Buzz dating?

As of Toy Story 3, Buzz and Jessie are together after Buzz’s Spanish mode gave him an extra hit of confidence.

Jessie kisses Buzz in Toy Story 3 after a TV lands on him while he’s in Spanish mode.

She’s so relieved that he’s alive, that she plops a sucker right on his lips!

Is Andy’s mom the owner of Jessie?

This hasn’t been completely confirmed, but there’s evidence to suggest that Jessie was originally owned by Andy’s mom.

It seems that Emily started getting invested in ‘70s gear after she grew out of her cowgirl phase.

This puts her in the right age range to be Andy’s mom.

Again, it’s not confirmed. But it’s a cool Easter Egg!

There you have it – my ultimate list of Jessie Toy Story quotes!

What’s your favorite Jessie saying from the Toy Story movies? Let me know in the comments below!

If you’d like to check out a few more Disney quotes, why not explore these related pages? 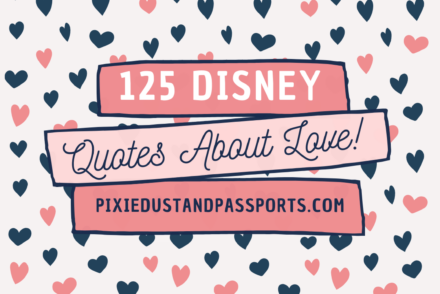 125 Disney Quotes About Love to Make Your Heart Flutter! 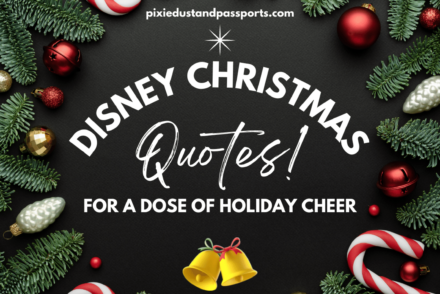 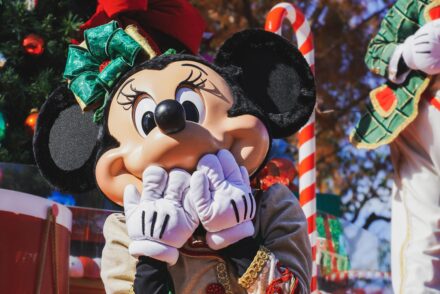