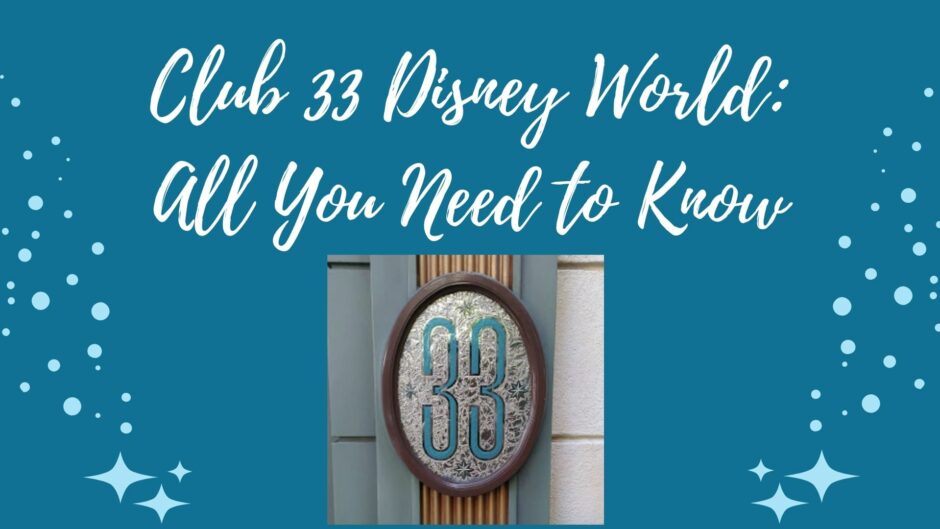 Although it’s meant to be one of the best-kept Disney secrets, Club 33 Disney World has recently opened and it’s already becoming the hottest ticket in town.

Are you wondering what Club 33 Disney World is? Perhaps you want to know how to join Club 33? Or maybe you’re wondering how much it costs to be part of this infamous club?

Whatever your questions are, I’ve got all the answers.

So, sit back, grab a signature cocktail (or perhaps some Pog Juice and a hefty serving of homemade Disney Dole Whip!), and prepare to learn everything you need to know about Disney World’s most exclusive spot.

What is Club 33 Disney World?

Club 33 originally started as a Disneyland-only, exclusive membership club that was created by Walt Disney.

He always believed that parks should be for everyone, but that didn’t mean that he’d forgotten how crowded and overwhelming they could be at times.

Walt built the parks for the people, but he was also seriously business-minded.

He understood that he’d frequently be dealing with investors, folks from the film industry, and elite-level guests that would be looking for somewhere decidedly fancier to chill out than bustling Main Street.

Club 33 at Disneyland was created for invited guests to schmooze, sort out business deals, and catch up over a delicious dinner and drinks.

It was designed to be incredibly exclusive, and each of the Club 33 locations is named after the original club address at Disneyland – 33 Royal Street in New Orleans Square.

Believe it or not, Club 33 Disney World was only conceptualized in 2017 and each location across the main parks opened between 2018 and 2020.

Animal Kingdom’s club was the last to make an appearance!

Okay, so there’s a reason this exclusive club is so popular – it’s largely down to the incredible benefits that membership offers.

One of the major benefits is the exclusivity factor.

Club 33 is so successful as it creates the allure of having something that others don’t. It’s human nature and we love this kind of thing.

If you can boast that you are part of Club 33 at Disney World, people will instantly know that you have the cash to splash and that you’ve managed to score a coveted membership card that few others will ever have.

However, in addition to the bragging rights you’ll also get all these major benefits if you’re part of Club 33:

Club 33 in Disney World isn’t hidden away – in fact, the entrances are in plain sight across the main parks.

Although you may see what you think is the entrance to Club 33 dotted around the parks, these doors are fake-outs.

The real doors are tucked around the corner and require you to scan in and out. So, if you have no pass, you simply won’t be able to enter.

Each of these Club 33 Disney World locations has its own unique décor which is meant to reflect the area its housed in.

You’ll also have access to exclusive souvenirs that you won’t find in any other location in the park, which is worth noting if you’re a collector.

How Do You Become a Club 33 Member?

I hate to be the bearer of bad news but becoming a member of Club 33 Disney World is virtually impossible for most people.

If you’re wondering why, it’s partially down to the immense waiting list to be considered for membership and just how sky-high the fees are (which I’ll get to in just a moment!).

Joining Club 33 Disney World requires serious patience and perseverance, as only a few memberships are offered each year.

The best way to be considered is by emailing Club 33 at Club33@WaltDisneyWorld.com, but you can also write to member services at 1600 S. Disneyland Drive Anaheim, CA 92802 in the hopes of being considered.

You’ll probably get a courtesy response that your inquiry has been received, but you’ll only receive good news if Club 33 membership slots open.

There are some exceptions, as residents of Orlando’s Golden Oak community were asked to join spontaneously. However, it’s honestly a rarity and Club 33 Disney World rarely needs to plan recruitment drives to drum up interest!

Oh, and anyone who lives in Golden Oak probably doesn’t need to give joining Club 33 a second thought when it comes to financials.

Totally how the other half lives.

How Much Does Membership to Club 33 Disney World Cost?

If you’re lucky enough to be offered a space at Club 33 Disney World, you may be wondering how much it costs.

You may scoff at these prices, but the reason prices are so high is to keep the experience as exclusive as possible.

When you consider the many benefits that I’ve mentioned earlier in the post, the membership to Club 33 Disney World almost pays for itself.

If you’re lucky enough to visit Club 33 Disney World (I truly envy you!), then you’ll want to keep a few things in mind.

As this is an exclusive, members-only club, everything is meant to be for your eyes only. If too many people see what’s hidden behind the doors here, the entire place loses its mystique.

You’ll see the occasional leaked photo floating around on the web, but there’s honestly not that much footage out there.

Pay attention to what you’re wearing

It’s also worth noting that the place operates a smart-casual dress code for the most part, but members frequently sport casual dress during lunch.

You won’t necessarily be kicked out if you’re super casual, but I recommend double-checking what you’re wearing before arriving at Club 33.

What are your thoughts on Club 33 Disney World?

What do you think about Club 33 Disney World? Does it appeal to you? Do you think the membership price is ridiculous? Are you lucky enough to be a member? Regardless of what your answers are, I’d love to hear about your thoughts in the comments below!

Until then, I’ll keep dreaming about being invited to Club 33 Disney World (and getting an all-expenses-paid lifetime membership to boot!). 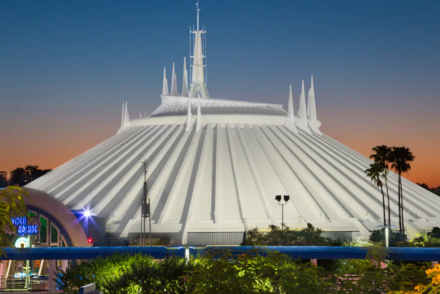 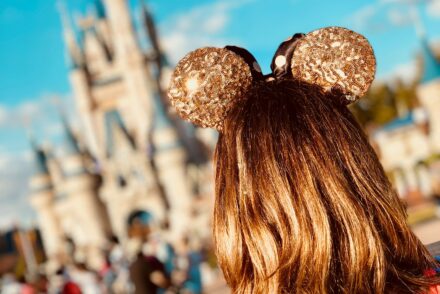 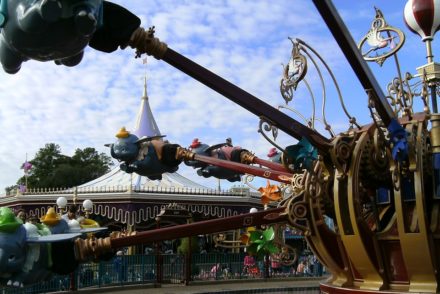